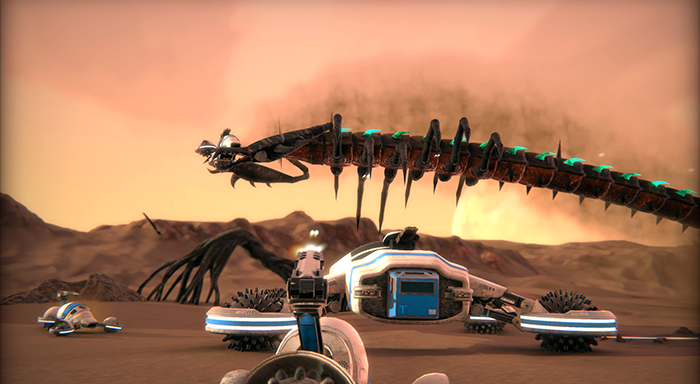 Basemark launched today its second GPUScore graphics benchmark, called The Expedition. The Expedition targets high-end smartphones and other mobile devices running on Android or iOS. It utilizes the latest mobile GPU technologies, like Variable Rate Shading on supporting devices. As for graphics APIs, The Expedition supports Vulkan and Metal. The Expedition uses state-of-the-art rendering algorithms, similar to ones seen in the latest mobile games. Every run of GPUScore: The Expedition runs exactly the same content regardless of hardware and operating system. This combination makes the test results truly comparable with high accuracy and reliability.

“Professionally designed benchmark applications, such as GPUScore: The Expedition, fill a special need in the world. They’re designed to offer a reliable, repeatable, and comparable deep performance analysis. This is something that cannot be achieved using real-world applications, such as games since they usually include optimized code paths for certain GPUs, e.g. can use different shadow calculation algorithms for GPUs from different vendors. This means that making a fair performance comparison is impossible since different GPUs are in fact running different things, often resulting in different renderings and image qualities. At Basemark, we recommend independent observers to use a collection of tests, ranging from real-world applications to professional benchmarks such as GPUScore – The Expedition” , says Tero Sarkkinen, Founder & CEO of Basemark.

Basemark is one of the leading developers of GPU benchmarks. Basemark seeks to replicate a laboratory-like environment to help media perform unbiased quality tests and hardware manufacturers develop high-quality graphics devices with The Expedition functioning as a quality assurance tool. At the same time, The Expedition functions as a quality assurance tool for consumers who seek smartphones with the best graphics performance.

Basemark’s GPUScore: The Expedition has been developed together with industry leaders that are members of Basemark’s benchmark development program, such as Samsung, Nvidia, MediaTek, Imagination, Broadcom, ARM, and Qualcomm. Close cooperation with the industry leaders ensures benchmark quality, correct performance measurements and usage of the latest technologies in the graphics industry.

The Expedition is available for consumers to download in App Store and Google Play store.

Basemark Oy is a software enterprise offering development tools for the automotive industry. The company was founded in Helsinki in 2015 and has operations in Finland, Germany and the US. Basemark is the developer of Rocksolid Core – the world’s first automotive end-to-end operating system and platform covering all vehicle functions for software-defined vehicles. Basemark also develops system performance evaluation tools such as Basemark Automotive Testing Suite and GPUScore. For more information, please visit www.basemark.com.

Basemark and Rocksolid are trademarks or registered trademarks of Basemark Oy. All other mentioned brands may be the property of their respective owners.